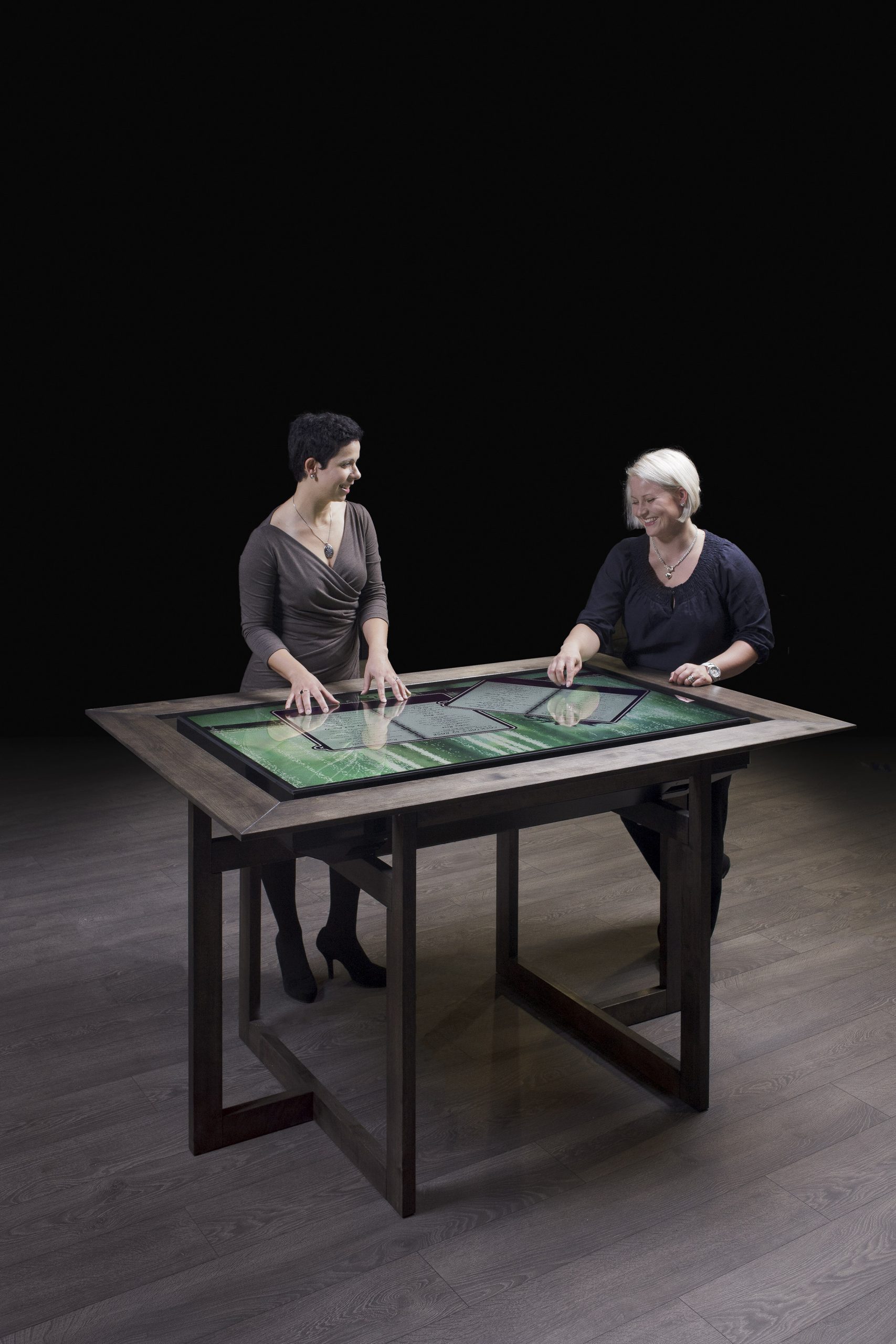 HELSINKI and SANTA CLARA, CA  MultiTouch, Ltd., developer of the world´ss first modular multitouch LCD screen for large-scale displays, today announced that it has introduced the industry´s most advanced interactive display, the MT550W7 MultiTaction® Cell 55 Full HD LCD Embedded Windows? 7 unit. Running on the Intel® Core i7 processor, the MT550W7 is designed specifically for single-display installations, while retaining the capability to stack many Cells together, and requires less physical space and complexity.

The MT550W7 is the second product released using MultiTouch´s MultiTaction® platform, which was released in 2011, and first in the line of Embedded products optimized for single-display installations. MultiTaction builds on MultiTouch?s patented optical imaging technology Computer Vision Through Screen for multitouch displays and provides the world?s most advanced set of touch, gesture and object recognition capabilities. The MultiTaction Cell 55? is a Full HD display that is four inches deep on the sides and eight inches deep in the middle, can accommodate unlimited numbers of touch points and an unlimited number of concurrent users with full hand recognition.

The new 55? Embedded MultiTaction Cell is targeted for demanding public installations in retail space, museums, and exhibitions. The combination of the advanced interaction features and ultra-fast 200 fps tracking enable the most engaging interactive user experiences to be developed and deployed. Full networking capabilities allow for cloud applications, social network integration as well as remote management and monitoring.

MultiTouch will demonstrate the MT550W7 at its CES 2012 booth, #15512, in the Central Hall of the Las Vegas Convention Center, from Tuesday, January 10th through Friday, January 13th. The demonstrations will include both the Windows 7 product as well as the prototype Windows 8 Developer Preview installation. The MT550W7 includes an upgrade path to Windows 8 with the touch-optimized Metro user interface, which will be commercially available later in 2012.

The MT550W7 includes support for the industry?s widest range of development tools, including the MultiTouch Cornerstone software development kit (SDK), Microsoft® Surface 2 SDK, and all TUIO-compatible tools. An external computer with Windows, Linux or Mac can also be used to connect multiple Cells into ever-larger installations.

The MT550W7 is the first embedded interactive display to use the 2nd generation of Intel Core family of processors, which enable faster response to multiple touches.

A white paper on MultiTouch?s use of the Intel Core 2nd generation products can be found at:
www.intel.com/content/www/us/en/performance/performance-2nd-gen-core-i5-vpro-multitouch-display-study.html.

?Consumer behavior is changing with the expectation to use touch and gestures for controlling digital media everywhere,? said Petri Martikainen, CEO of MultiTouch. ?With MultiTaction products we are at the forefront of this change by enabling interactive public installations which many people can enjoy together.?

With an ultrafast response (200+ frames per second), MultiTaction units are designed for interaction with real-life objects ? whether retail products, 2D barcodes, or game pieces, for example ? and can be stacked to any size or shape using tens of units. The product?s frameless thin bezel design enables MultiTaction to be embedded in custom-designed furniture. The smooth edge-to-edge front glass on the display unit is a first for any multitouch display. Further information and a white paper on MultiTaction can be found at www.multitaction.com.

The MultiTaction Cell 55? MT550W7 is available now for orders directly from MultiTouch or through MultiTouch resellers around the world.

Photos of the MT550W7 can be viewed and downloaded from http://multitouch.fi/about-2/photos/