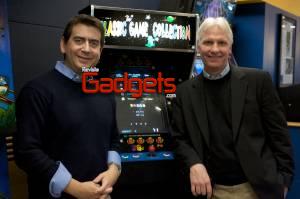 The proliferation of mobile devices a key growth factor

SYDNEY, Nov. 5, 2012 /PRNewswire/ — The rapid proliferation of mobile devices and insatiable demand by younger consumers has driven further demand for online video among Australians and led to a record year of growth in the online video advertising market, according to the latest Frost & Sullivan report into the market.

An overwhelming majority (94%) of 15 to 17 year olds now watch TV shows and/or movies at least once a month on a desktop / laptop. Smartphones and tablets are playing a key role in the delivery of online video with two-thirds of smartphone users watching short video clips on average at least once a month. The rise of mobile devices is also leading to much higher levels of multi-tasking across different devices and platforms with social media being a key facilitator of this experience.

Phil Harpur, Senior Research Manager, Australia & New Zealand ICT Practice, Frost & Sullivan, said, “The online video advertising market grew by 58% in the 12 months to June 2012 to reach $86 million, faster than any previous year. A growing number of ‘light’ TV watchers are now watching online video across a range of devices while 40% of tablet owners are accessing their tablet as they watch traditional TV, always or most of the time”.

The rise of mobile devices presents challenges and opportunities

Pete Ostick, TVN Managing Director, said the rise of viewing video content on mobile devices presented both challenges and opportunities for advertisers. “Brands need to find new ways to reach their audiences as more of us turn to our mobile devices during TV ad breaks or choose to watch more long form content online,” he said.

Indeed, TV programs and full length movies have become mainstream activities with both now viewed by nearly half of all tablet users at least once a month. Short video clips remain the most popular with 39% of tablet owners viewing these on most days.

“Developing engaging and targeted online video advertising campaigns is a key strategy for a growing number of brands as they seek to offset the fall in TV ad engagement and leverage the rise of online video,” Ostick said.

Frost & Sullivan forecasts strong market growth will continue over the next five years with the market predicted to grow at a CAGR of 39% from 2012 to 2017, increasing from $86 million in 2012 to $442 million in 2017. It is expected to outperform all other major online general advertising segments such as banner ads, advertorials, sponsorships and e-newsletters.

Harpur said there were a number of factors that were securing the online video market’s robust growth into the future. “Attracted by the greater targetability, engagement and interactivity that online ad serving platform solutions offer, agencies and large brands are increasingly seeing online video as an important and crucial part of the overall advertising mix while an acute shortage of inventory remains. In addition, the adoption of the Interactive Advertising Bureau (IAB)’s Digital Video Ad Serving Template (VAST) and Digital Video Player Ad Interface Definition (VPAID) standards have made it more efficient and effective for publishers to monetise their online assets.”