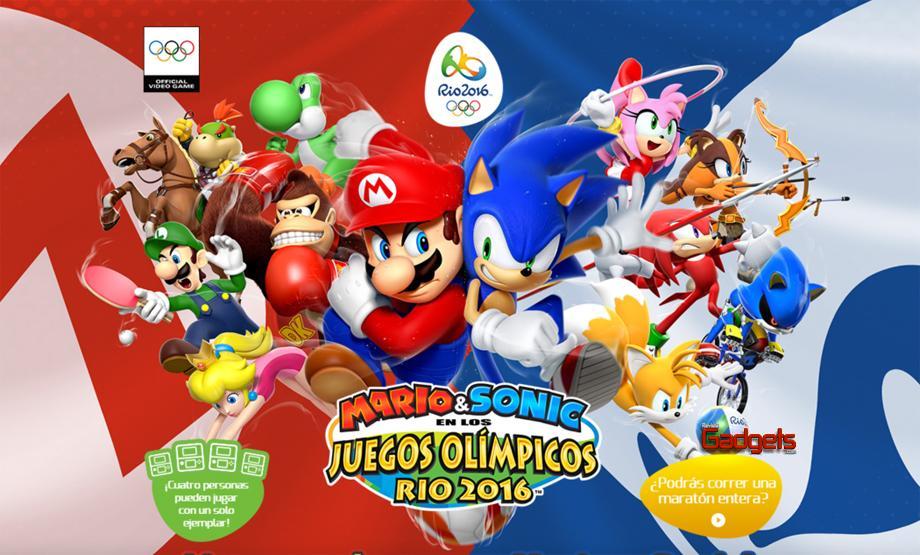 REDMOND, Wash., March 17, 2016 – Mario, Sonic and their friends head to the ultimate training grounds for the Rio 2016 Olympic Games, the streets of Rio de Janeiro! Mario & Sonic at the Rio 2016 Olympic Games launches for the Nintendo 3DS family of systems starting on March 18, and lets you show off your skills as you join Mario and Sonic to battle for a spot on top of the winner’s podium. All your favorite Mario and Sonic characters are ready to join the fun and compete in one of the most beautiful cities in the world. Take on friends and family members in 14 events like Soccer, BMX, Beach Volleyball and Archery, or try your hand at Plus Events, which add a Mario & Sonic twist to the athletic proceedings, like dodging stacks of Goombas in BMX Plus or vaulting over Moto Bugs in Equestrian. 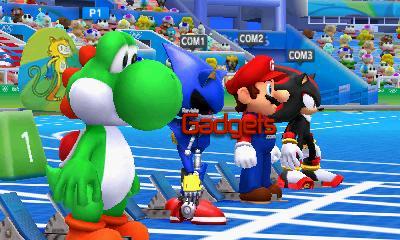 “Mario and Sonic are two of the most recognizable characters in video game history,” said Scott Moffitt, Nintendo of America’s Executive Vice President of Sales & Marketing. “Once again they join forces to let players compete in fun sporting events on a world stage.”

In the single-player “Road to Rio” story mode, train in either Mario or Sonic’s gyms by choosing one of two mysterious storylines. By training, you can level up your Mii and earn fun outfits like a pirate or a knight … or even character suits like Toad or Knuckles.

Golf and Rhythmic Gymnastics (Hoop) make their franchise debuts in Mario & Sonic at the Rio 2016 Olympic Games. These two exciting new events, as well as the 110m Hurdles, are exclusive to the Nintendo 3DS version of the game. 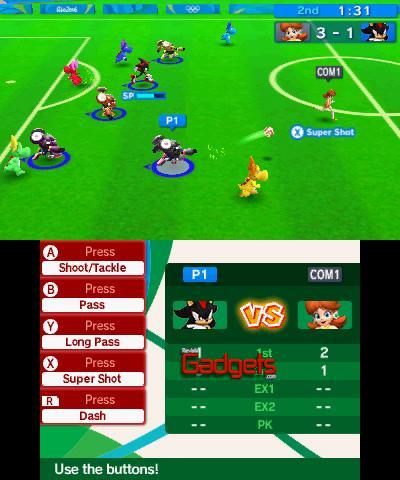 Playing with friends and family members is easy in Mario & Sonic at the Rio 2016 Olympic Games. You can host your own competition with up to four players via local multiplayer or Download Play (additional systems are required and are sold separately). Choose to play one match or a random medley of events, competing to earn a rank on the worldwide leaderboards!*

Using the pedometer functionality of the Nintendo 3DS system, you can run (or walk!) a virtual marathon to unlock rewards and milestones just by carrying your hand-held system with you while it’s in Sleep Mode. Never has completing a marathon been so fun (and involved such minimal sweat!). You can even tap the Mario or Sonic amiibo figures (which are sold separately) to a New Nintendo 3DS or New Nintendo 3DS XL system (or to a Nintendo 3DS, Nintendo 3DS XL or Nintendo 2DS system using the Nintendo 3DS NFC Reader/Writer accessory) to boost your Mii character’s Mario or Sonic outfits with that character’s power for the day. You know what they say: An amiibo a day helps power up your character in Mario & Sonic at the Rio 2016 Olympic Games! 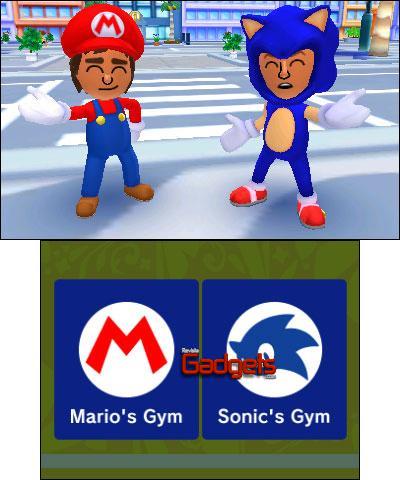 Remember that Nintendo 3DS features parental controls that let adults manage the content their children can access. For more information about this and other features, visithttp://www.nintendo.com/es_LA/3ds 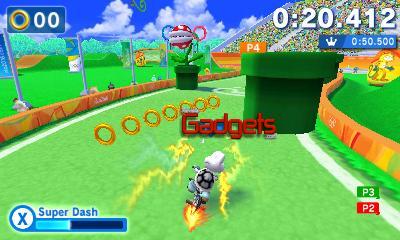