REDMOND, Wash., Sept. 14, 2018 – It’s time to drive, dive and fly in the newest addition to the Nintendo Labo line of interactive DIY kits, harnessing the power of the Nintendo Switch system to create imaginative gameplay experiences. Starting today, Nintendo Labo: Vehicle Kit navigates its way to stores. The new kit includes materials to build several unique projects, called Toy-Con, including a car, plane, submarine, spray can, pedal and two keys. But building these projects is only the start of the fun! In Adventure, a single- or multiplayer game*, players can explore a large, mysterious world featuring snowy mountains, a futuristic city and even archeological ruins solo or with a friend. Navigating the world is as easy as hopping behind the steering wheel of the Toy-Con Car, grabbing the flight stick of the Toy-Con Plane or rotating the controls of the Toy-Con Submarine. When players want to change from one vehicle to another, they simply have to swap out the Toy-Con Key to continue exploring through land, air or sea.

“Fans of all ages have embraced the originality and creativity of Nintendo Labo,” said Doug Bowser, Nintendo of America’s Senior Vice President of Sales and Marketing. “Nintendo Labo: Vehicle Kit expands the possibilities of what Nintendo Labo can do, with a variety of fun gameplay modes and deeper programming elements to explore.”

Each of the three vehicles in Nintendo Labo: Vehicle Kit handles differently, with specific controls and special moves. Players can launch a grappling hook with the submarine, do a barrel roll and shoot missiles in the plane, and perform wheelies and deploy weapons while driving the car. All of these moves and more can be used while participating in the many activities scattered around the colorful and vast in-game world. 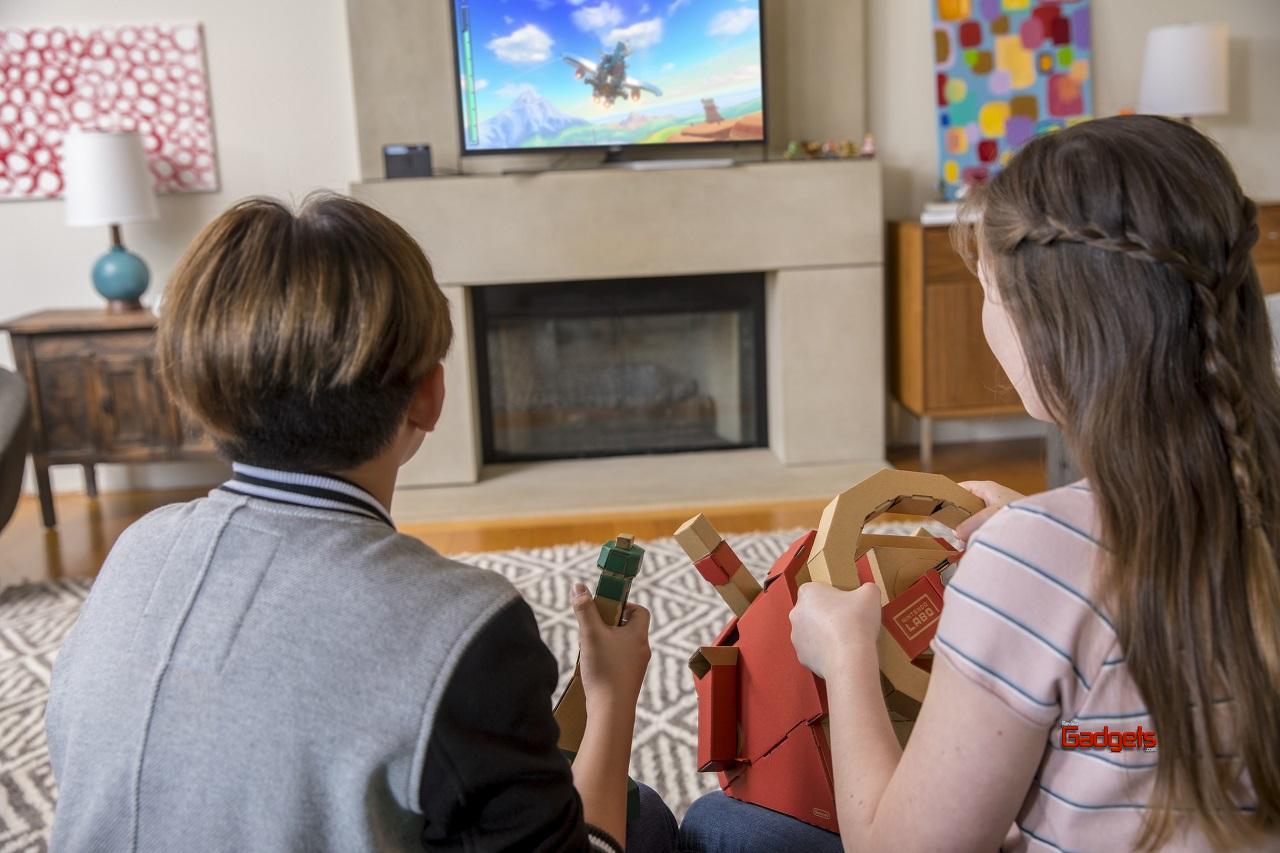 Some of the other games include Rally, in which players pass through checkpoints in an off-road race against the clock in the world of Adventure; Circuit, a racing game with a twist – players can launch punches at in-game opponents; Slot Cars, a classic game that is controlled using only the Toy-Con Pedal; and Battle, one-on-one automotive showdowns with other players or against the game’s AI.

Customization is a big part of the Nintendo Labo: Vehicle Kit experience. In Paint Studio, people can use their Toy-Con Spray Can to personalize their in-game vehicles and drivers. When gently shaking the Toy-Con Spray Can, users will actually hear the “ball” inside as they mix the paint. In Discover, users can learn how Nintendo Labo works, and in Toy-Con Garage, users can experiment with new ways to play and create their own Toy-Con inventions. Custom Controls is a new feature that allows users to make their own Toy-Con controllers for the game using common household items. For example, by using unexpected objects like a sponge and a notebook, industrious creators can make an additional Toy-Con Pedal for a friend! The possibilities are only limited by the scope of the user’s imagination.

Players can feel like they’re really in the driver’s seat by using the Toy-Con Car, Toy-Con Pedal and Toy-Con Key to control their in-game vehicle in Mario Kart 8 Deluxe for Nintendo Switch. This immersive functionality will be available to download as a free software update for Mario Kart 8 Deluxe on Sept. 19. These custom options join the Motorbike from the Nintendo Labo Variety Kit, which is already compatible with Mario Kart 8 Deluxe.

Remember that Nintendo Switch and the Nintendo 3DS family of systems feature parental controls that let adults manage the content their children can access. For more information about other features, visithttps://www.nintendo.com/es_LA/switch/.