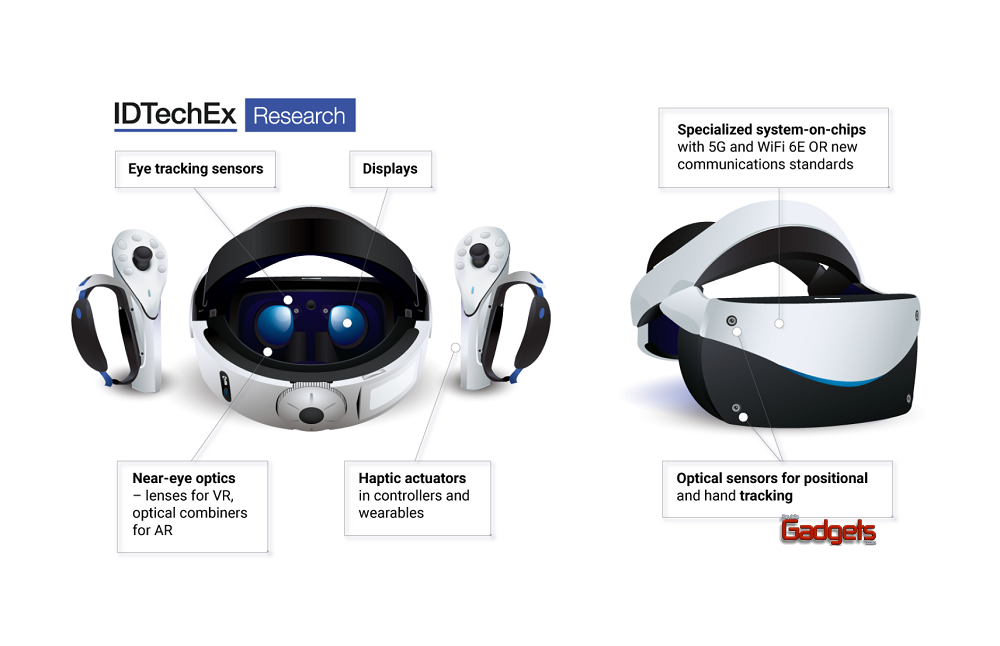 Assistive Technology for an Inclusive Society at #CES2023, Reports IDTechEx

Assistive Technology for an Inclusive Society at CES 2023, Reports IDTechEx

Mirroring the broader social trend of increasing awareness around inclusivity, exhibitors at CES 2023 highlighted the capabilities of consumer electronics to deliver assistive technology. IDTechEx attended the event, held January 5 – 8 in Las Vegas, and report on this key trend across interviews with exhibitors over the four days.

Smart Glasses for the Visually and Hearing Impaired

Smart glasses proved very popular at CES 2023, with queues to try the latest augmented reality (AR) demonstration from Lumus, TCL, and others particularly long. Yet while attendees were mostly trying tech to watch movies on the go or translate Chinese in real-time, it is likely that the best early use-case for smart glasses is as a tool for the visually and hearing impaired.

The lenses in AR glasses typically incorporate optical technology, such as waveguides and micro-LEDs, to create a wearable visual display. At CES, many smart glasses also featured miniaturized cameras and speakers within the plastic arms. As such, many start-ups, including Xrai, XanderGlasses, and Seleste Audio, exhibited software that transforms AR glasses into tools for real-time text-to-speech or speech-to-text. These companies were in partnership with AR hardware platform providers, such as Vuzix. Together they are creating smart glasses which ultimately allow the hearing impaired to see conversations sub-titled in real-time or the visually impaired to hear an audio description of their surroundings.

Despite advancements, smart glasses products remain too large, expensive, or low-performance for the mass market in 2023. Yet last year, IDTechEx predicted that with sufficient utility, early-stage hardware could still generate value, and CES 2023 made it clear that the hearing and visually impaired are set to become early adopters. With the WHO estimating that over three billion people worldwide are living with hearing and visual impairments, the commercial potential of this application is difficult to ignore.

Hearables for the Hearing and Physically Impaired

Aside from AR glasses, most of the wearable technology on display at CES this year was in-ear or hearable. While the earphone market is maturing, the ear as a location for assistive technology still has untapped potential to improve social inclusivity.

In the summer of 2022, the FDA approved the category of over-the-counter (OTC) hearing aids, removing the requirement for a medical exam or professional fitting. This is a driving factor for the high prevalence of companies demonstrating such hardware at CES. Consumers can now choose from a range of OTC devices, for example, entirely invisible buds from EARGO or larger blue-tooth-connected devices from HP and Nuheara. While this regulation change is currently limited to the US – this technology could go global, with Canada expected to be the most likely to follow.

Yet the ear is a good location for far more than just hearing aids, such as vital sign monitoring or neural signal measurements. In fact, Sonical and EarSwitch demonstrated to IDTechEx how a simple in-ear camera can be used to pick up both heart rate and eye movements as a wearable sensor. Eye-tracking is a crucial element of gaze-controlled keyboards, which help those with motor neurone disease, ALS, and cerebral palsy communicate. Given the ear was also shown to allow users to actively ‘click’ via muscle tensing, hearables could enable the physically impaired to have more seamless and immersive tools for brain-computer interfacing.

Assistive technology at CES was not limited to wearables and digital health; there were also examples of solutions for more consumer-focused markets such as gaming.

Sony made headlines with the announcement of their new accessible controller for the PlayStation – the Leonardo project – with a customizable design that players can configure to meet their particular physical needs. This ranges from facilitating all gamers in playing comfortably to enabling them to play at all.

Gaming is an important tool for social interaction for many physically impaired users – and Sony’s controller design was heavily informed by the charity SpecialEffect. The accessibility requirements of gamers are highly varied, and it is important OEMs continue to invest in inclusive solutions as the industry evolves.

Going forward, IDTechEx anticipates the accessibility requirements of an evolving gaming industry will remain a high priority, with customizable hardware solutions also emerging for virtual reality and the metaverse. Indeed, some start-ups have already identified this need, such as VOY and their tunable lenses for myopic users.

Improving the quality of life for the physically impaired was seen to motivate a variety of wearable, digital health, and gaming companies at CES 2023. Following the pandemic years, and amongst economic uncertainty, consumers are more likely to invest in technology with a clear utility as opposed to novelty gadgets. Assistive technology achieves this while also offering inclusion, hope, and happiness – making it more likely to achieve commercial success in the near term. For a more detailed analysis of many of the emerging technology markets featured in this article, see IDTechEx’s dedicated reports and ten-year market forecasts for Wearable Technology, Wearable Sensors, and Augmented and Virtual Reality.

For the full portfolio of wearable technology research from IDTechEx, please visit www.IDTechEx.com/Research/WT. Sample pages are available for all reports.